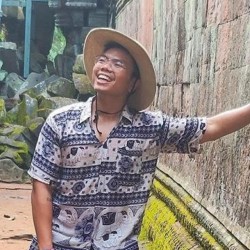 IRC, the King of Communication for Professionals, or Tool to be Forgotten? Let’s face it. In today’s generation, you have options. More so, we are flooded with so many alternative technologies that the popular saying, “theres an app for that,” is not too far off from the truth. So it’s no surprise that the IRC (Internet Relay Chat), a classical application layer protocol known for it’s messaging capabilities, has been lost in the shuffle among the glorified variety of technologies and applications. Yet among many technical gurus, IRC will always and still be their ‘Go-To.’

More specifically, IRC is a widely renowned tool used in the FOSS (Free and Open Source Software) community. But in many respects, it’s more than just a tool, but it is aspect of the culture that won’t be disappearing anytime soon.

Can IRC, an ancient method of communication (circa-1988), still be a viable means of seeking support and advice?

With my virtual notepad in hand, I seeked out this a mini quest, to derive a fair evaluation of IRC as a communication tool for computing professionals.

And the observation begins… #ubuntu

Upon a few minutes of joining the ubuntu channel. My ChatZilla web-based client soon became unreadable, I viciously tried to gather my concentration. Attempting to trace and follow the questions being asked,

I felt as if I was staring at mosh pit of concatenated strings. Mainly because I was.

I couldn’t give up, not quite yet. The problem wasn’t IRC, but it was with ChatZilla method of organizing the information.

Thus, I made the switch over to a more user-friendly client, Kiwiirc. It was clean, organized, and appealing. And I needed that.

After a few minutes of hopping back on, I was exposed to my first IRC question. The user revealed that he is experiencing wifi connection problems with an old Lenovo laptop running Lubuntu. Within two minutes, 2 users are responding to his predicament. They asked about the background of the situation, seeking out what he has already attempted. He respond that he’s checked the driver information, which has lead him to an empty path. Within a few moments later, the volunteers are passing along commands to run in the command. And after 30 minutes, there is no response from the other end. Thus I can assume that he must of had an “ahh-haa” moment, and eventually solved his issue.

But within the midst of the first question, there was also another question being asked as well.

The user begins by asking what are the basics of setting up an development environment in the cloud on Ubuntu?

One user begins by initially responding to the question, by suggesting that Ubuntu isn’t an ideal server environment as it isn’t as stable to other distributions. However, this tips off a small IRC debate between the two users on how one can’t make claims without evidence, and that experience is not enough to justify the claim. After a few moments with each other, they eventually quiet down and begin chatting about other topics unrelated to the intial question. And to be honest, I don’t believe they eventually return in providing the answer to the questioner.

After observing two interesting situations, and lurking on the Ubuntu channel for roughly an hour. I’ve realized a few important advantages and disadvantages of IRC.

Compared to other widely used support systems within FOSS communities such as forums and QA boards, IRC largest advantage is the nearly instant response to a question. An active channel such as Ubuntu where there is over 1600 users on at a given time, the odds of receiving a response are fairly high. With that being said, because the response is nearly instant, there are a few IRC established norms within the channel that helps facilitate the support process. These are outlined in the guidelines, and are very similar among the different channels. In this instance, Ubuntu channel makes it clear that the purpose of the channel to receive support, and that every question should involved prior-research beforehand. This is a significant advantage compared to tools such as a QA board, where users will post questions that may have already been asked, or questions they haven’t even attempted to solve. As a result, IRC creates a some-what pleasant experience, as users who may be new the community can hop-on and hop-off the channel seeking the solutions to their problems. There is no “newbie” intimidation, need to go through a long sign-up form, introductions, filled with email confirmations, or the tinkering of profile settings.

As mentioned previously, active channels with abundant users provide an excellent resource to be instantly connected with an expert in a specific area of topic. Because the users are volunteers of the community, you have users who are committed to the survival of their product. Therefore, as I noticed, the users are highly persistent in helping you solve the issue, despite some who may be distracted occasionally.

While the advantages of IRC are significant compared to it’s counterparts, it’s flaws are significant setbacks in efforts to make IRC a viable tool. Being in a channel or a topic among a vast amount of users, you are bond to face overlaps in questions being asked. The information and solutions provided in IRC are there at the present time, but there isn’t a method of users to search through older chat logs to find answers to their similar issues. And if there was a means of doing so, it would be fairly inefficient compared to a search engine that takes accounts for relevance and other factors that makes searching more intuitive.

Since the user, in many regards, are in a massive party of other individuals. It can be easy for a question to be lost in the shuffle. What I mean by that it’s fairly easy for an individual to “hijack the thread,” an issue found in forums as well. This can make it difficult for a user to gain a response. However, this doesn’t mean two or more questions can’t be answered simultaneously. But when this does occur, which happens often, it’s difficult to follow the current thread as all comments and remarks are merged into a collective thread.

Of course when you have individuals who are heavily involved in their product, there is a sense of hostility towards ideas that go against the culture and product. It’s noticeable that there are IRC norms within the norm and thus eliminate other outside solutions to a question.

Thus, this leads us to the final verdict. Can IRC be a viable tool for computing professionals? Yes and no.

I think any tool that is being used to deliver support, the three most important criteria is response time, effectiveness, and quality. With IRC it’s obvious that the response time to questions are practically instant compared to alternatives out there. However, my only concerns are the effectiveness and the quality of responses. Although, admittedly my experience in IRC was limited to only an hour spent in observations, I felt the substance and the follow-through was the weakest part of IRC. And that is because the software itself doesn’t offer that level of sophistication. You’ll have to rely on external technologies to attach screenshots, provide system information, etc. But, if we are looking at IRC as strictly a tool for communication, then arguably it does it’s job well. It’s fast, and it connects individuals together. But if we are considering users who are seeking support, which is a main use case for IRC in FOSS community, then it’s quite a challenge.

However, I will say that IRC brings together a community of individuals who care about the same product, that they are willing to take the time out of their schedules to help others be exposed to it. Everyone connected in the channel is their way of saying “we are in it together” and ultimately that’s what makes FOSS and IRC fit that niche excellent together.

« Writing Successful Requirements A Look at Your Next FOSS Project, or Maybe. »
comments powered by Disqus